Ambassador’s letter to the Indian Community in Kuwait 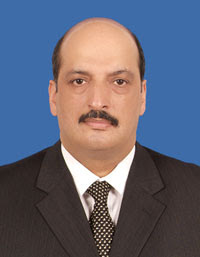 Dear Member of the Indian Community in Kuwait ,

In continuation of my letter of May 26, 2009, I provide an update on consular, welfare, and other initiatives that have since been undertaken by the Embassy.

On May 27, 2009, two new Indian Passport and Visa Service Centres were opened in Kuwait . Some of you helped publicise the change in a number of Indian languages, and I thank you for doing so. Issues that inevitably accompany such a fundamental transformation were reasonably quickly put behind us. Since late June 2009 we have maintained a turn-around delivery time of 3-4 working days after a passport/consular service application is made at the Service Centre. Our attestation service at the Embassy envisages return delivery normally within 45 minutes of submission of a document.

This week a “Consular Open House” procedure has been started at the Embassy from 1000 hrs to 1100 hrs and 1430 hrs to 1530 hrs on all working days. By it, the Consular Head or a senior Consular official would be available in the Embassy Consular Room and can be met without prior appointment to discuss any consular matter.

In response to queries, kindly note that in case of demise of an Indian national in Kuwait, if the mortal remains have to be sent back to India for burial then the Embassy will, upon request, bear the full air transportation costs and all incidental expenditures associated with doing so in all deserving/needy cases.

While the approximately 580,000 strong Indian community is present in most segments of society in Kuwait , our initial thrust has been directed at addressing the welfare concerns of our workers, especially the 225,000 Indians who work in Kuwait under Visa No. 20. Of them roughly 150,000 are male domestic workers while about 75,000 are female domestic workers.

24 by 7 toll free phone helpline for Indian domestic workers (Visa No. 20): This helpline inaugurated on 9 August 2009 has systematized and enhanced our availability to an Indian domestic worker in distress. Earlier, the response outside office hours depended on whether the person receiving the call had appropriate linguistic abilities and knew how to properly log down a concern and respond to it. Now, telephone number 25674163 is accessible toll free from anywhere in Kuwait, functions round the clock through a multiple–line call-center, and provides us with a computerised print-out of incoming call details so that the calls can be tracked back to their source. More importantly, it is staffed by persons who can respond in Hindi, Malayalam, Tamil, Telugu, Arabic and English. The helpline number is prominently front-paged on all job contracts of Indian domestic workers attested by the Embassy. As a result, new workers arriving here know, prior to their arrival, that if there is a problem someone is constantly available to them.

Since early this year Indian domestic workers in distress are being accommodated and looked after by the Embassy under a new arrangement, while their grievances are being addressed. On arrival, they are given a kit containing new clothes, all toiletries, and other essentials. They are also provided with bunk beds with full bedding, regular nutritious meals, and all basic amenities while they are with us. To keep them in reasonably good cheer, the common areas have a TV, with access to Indian cable channels, as well as a small music system with Indian music CDs. In case of repatriation of a domestic worker, an air ticket from Kuwait to the Indian airport nearest to their home plus sufficient cash to travel from that airport to their home town/village and pay for incidentals, is also routinely being provided by the Embassy.

We now also have the wherewithal in place to more effectively address the concerns of our domestic workers and have made solid headway in doing so. The rate of resolution of grievances has improved substantially, compared to a year ago. As a result, the number of domestic workers in distress lodged with us at any given moment has declined quite significantly. Nevertheless, an important residual concern remains. A majority of those currently in distress are coming here without Embassy attested work contracts. We have alerted the authorities in India to spread the word that Indian domestic workers coming to Kuwait should only do so with work contracts attested by this Embassy and I would request you to also kindly do so.

Blacklisting: Where the rights of any Indian worker are violated, the Embassy has been debarring the concerned individual/company from undertaking further hires from India . Additionally, since June 2009, we have also been debarring all violators of the rights of any Indian national from availing of consular/passport/ visa services to visit India . Furthermore, where Indian workers are concerned, details of such violators are also being shared with others. In addition, other measures are being taken as relevant to each particular case.

Help Desk: Since 9 August 2009, a “Help Desk” service has been started at the Embassy, which offers guidance to Indian nationals on routine immigration, employment, and other issues.

Insurance cover: Since mid-February 2009, sponsors recruiting an Indian national for Kuwait for jobs in the domestic sector [as housemaids, houseboys, cooks and drivers] are also compulsorily required by the Embassy to take a two year insurance policy in the name of the worker from one of two designated insurance companies in Kuwait. Benefits of the latter scheme were attached to my last letter. This is in addition to the automatic 2-3 year coverage under Pravasi Bharati Bima Yojana for all unskilled Indian workers in ECR category coming to Kuwait with proper work contracts.

Legal Advice Clinic: This Clinic has been revamped this week. A new Kuwaiti lawyer has joined, new equipment has been installed, and it is now open four times a week, rather than twice a week. Further steps to improve its functioning are also in the pipeline.

Attestation of domestic sector work contracts: Since mid-February 2009, domestic sector work contracts are being submitted exclusively to Kuwait Union of Domestic Labour Offices (KUDLO), accompanied by an insurance policy in favour of the worker from the designated insurance companies. The Embassy does the attestation, with documents returned via KUDLO.

Attestation of private sector work contracts: This has been systematized in early September 2009 and our response has been made time-bound. The time required by us for completing the attestation procedure has now been fixed at 3 working days from the date of submission of documents complete in all respects. If documents submitted are incomplete, a communication regarding the shortcomings will be sent by the Labour Wing of the Embassy to the applicant within 3 working days of receipt of the application.

Health support for the Indian community:

Under the patronage of the Kuwait Medical Association, the Indian Doctors Forum [IDF], Kuwait , annually conducts 5-6 free health screening and awareness camps for Indian workers in Kuwait . The Indian doctors, paramedics and nurses, who volunteer their time on a holiday deserve our gratitude for doing so, as do the associations that back-stop such camps. I also thank our doctors for the "School Health Program 2009" that they are conducting in Indian schools in Kuwait . The free medical advice facility offered by IDF doctors too deserves appreciation. If you have an unresolved health query, you can use the "Ask a Doctor" facility and get a free opinion from an Indian medical specialist. The Embassy web-site provides details at http://www.indembkw t.org/press/ 11aug09.htm. I also compliment IDF for supporting Breast Cancer Awareness month, through October, by disseminating the campaign message within our community in Kuwait .

India participated in the “Travel World Expo” held in Kuwait from May 26-30, 2009. The Embassy sent two journalists from local Arabic language newspapers to India from 21-28 June 2009, leading to expanded coverage of India in those newspapers. In early August 2009, we sent two more journalists to Kerala for a week, also resulting in good publicity. Hon’ble Mr. Sultan Ahmed, Union Minister of State for Tourism, led a travel trade delegation to Kuwait and addressed the Road Show organized here on 8 October 2009 for the Kuwaiti travel and tourism industry. It showcased new Indian tourism products, services and initiatives, while 25 members of the Indian Association of Tour Operators participated in the Buyer-Seller Meet that was held. The Road Show gave a special focus to health tourism, and in that context was addressed by Hon’ble Minister of Health of Kerala, Mrs. P.K. Sreemathi Teacher. A tourist bus-wrap with the “Incredible India!” display was also inaugurated.

In cooperation with the Kuwaiti authorities and our Ministry of Culture, a mini Indian cultural festival is being organized in Kuwait in the second week of November 2009. Details would be publicized and shared once events/venues/ artistes are finalized. Separate Indian food and film festivals in Kuwait would follow.

The next Pravasi Bharatiya Divas Convention will be held at Vigyan Bhawan, New Delhi , from 07-09 January 2010. Online registration is underway. Details are available at the Embassy website www.indembkwt. org and at http://pbdindia. org/ .

I welcome your sharing this letter with other members of the Indian community in Kuwait and thank you in advance for doing so.

The Embassy of India provides the following services to Indian workers in Kuwait at its “ Indian Workers Welfare Center ”:

24 X 7 Helpline for Indian domestic workers (Visa No. 20): Accessible by toll free telephone No. 25674163 from all over Kuwait , it provides information and advice as regards their grievances, immigration and other matters.

Attestation of Work Contracts: It is mandatory for all work contracts for recruitment of manpower from India , to be attested by the Embassy of India Kuwait, as per the following procedures:

- Private Sector Workers (Visa No. 18): Work contracts, in prescribed format, are to be got attested by the Kuwait Chamber of Commerce & Industry and the Ministry of Foreign Affairs of the State of Kuwait. Thereafter the contracts are to be submitted to the Embassy of India for attestation. Prescribed format of work contract and other documentation may be obtained from the Embassy or downloaded from the Embassy website. Time required for attestation: Three working days from date of submission of documents complete in all respects. In case documents submitted are incomplete, a communication regarding the shortcomings will be sent to the company concerned within three working days.

- Domestic Sector Workers (Visa No. 20): Work contracts, in prescribed format, are to be submitted to the Kuwait Union of Domestic Labour Offices (KUDLO). All contracts must be accompanied by an insurance policy purchased by the sponsor in favour of the worker from the designated insurance companies. Prescribed format of the employment contract and other documentation, as also contact details of KUDLO and insurance companies may be obtained from the Embassy or downloaded from the website. KUDLO office is at Hawally, Al-Othman Street , Kurd Roundabout, Al-Abraj Complex, Mezzanine Floor, Office No. 9. 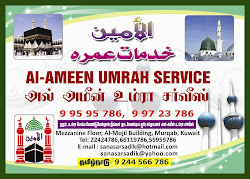 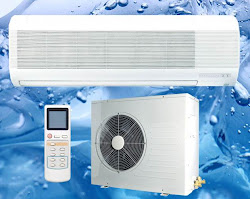 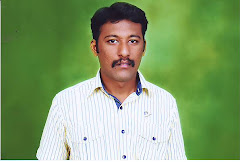 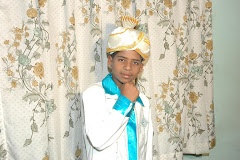 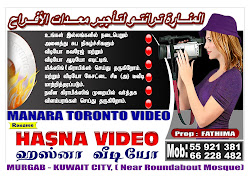 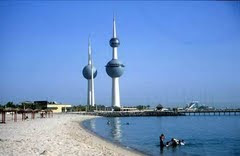 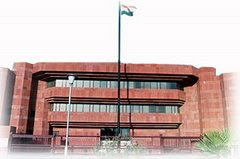 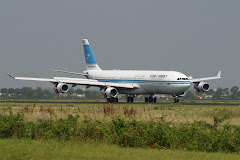 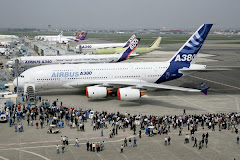 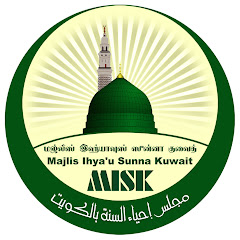 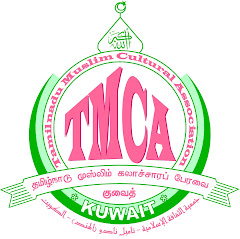 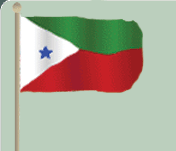 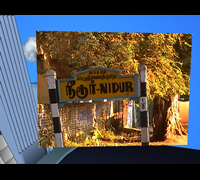 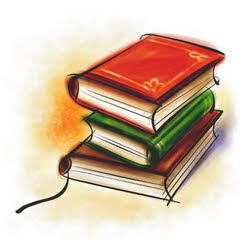 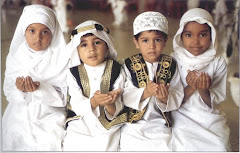 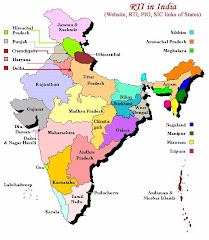 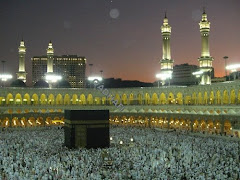 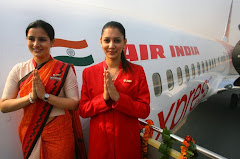 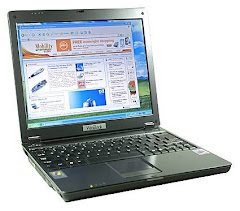 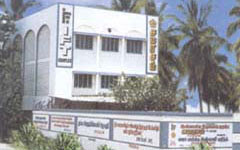 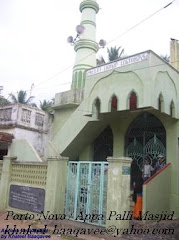